I don’t feel like I have much inspiration to write about today, but I just need to exercise this writing muscle a little more often – so here I am, in hopes that I can be here a bit more often.  As I’ve mentioned before, always feel free to lend me some inspiration by asking questions or suggestion topics 🙂

January and February have not exactly been the fastest months on record.  We have been deep in the throes of winter – a whole new experience for our Tennessee babies!  January kicked off with temps dropping well into the negatives, though WHAT negatives is always a bit confusing since everything is measured in Celsius here.  Thank goodness for weather apps that allow me to choose Fahrenheit! 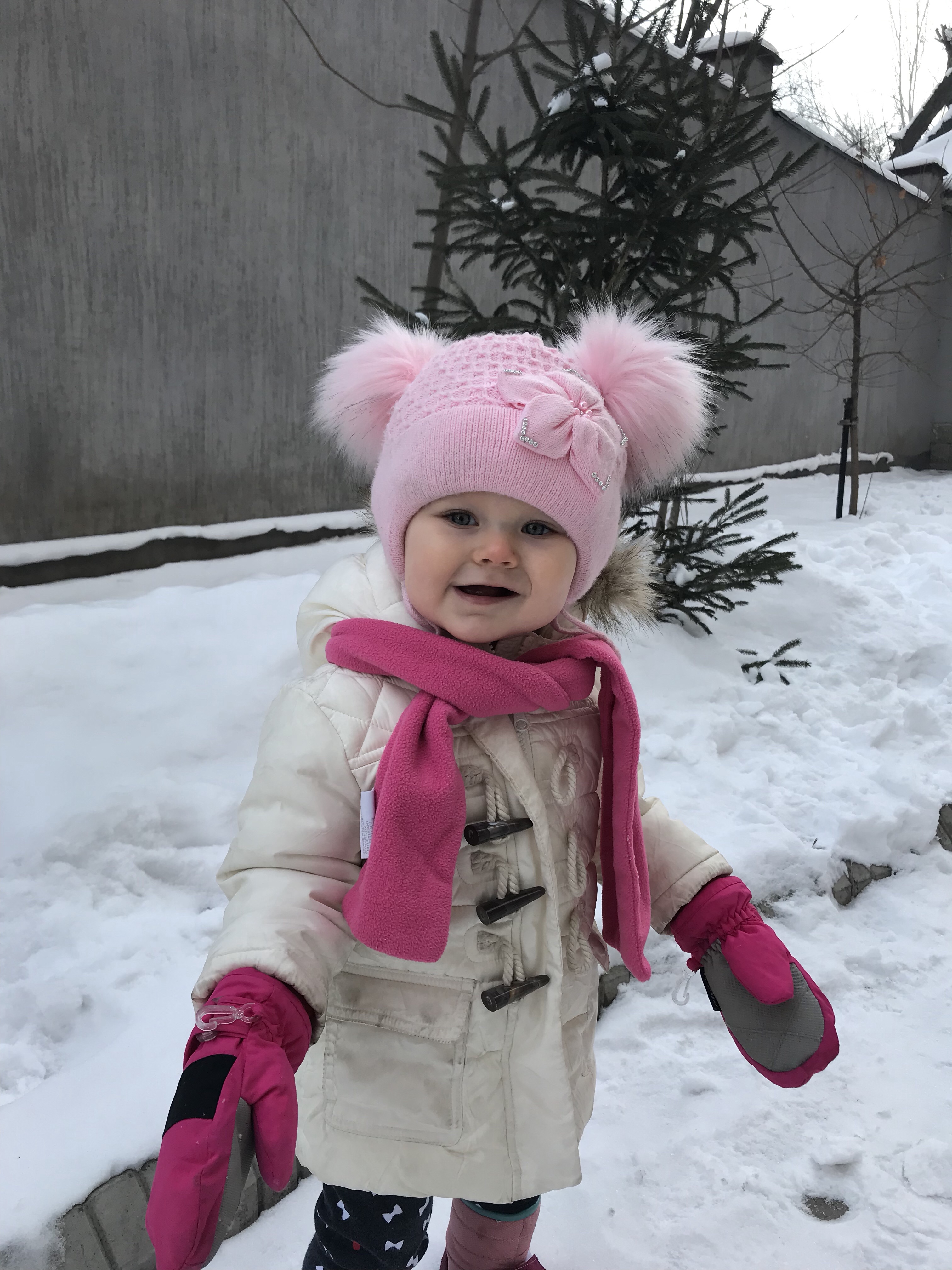 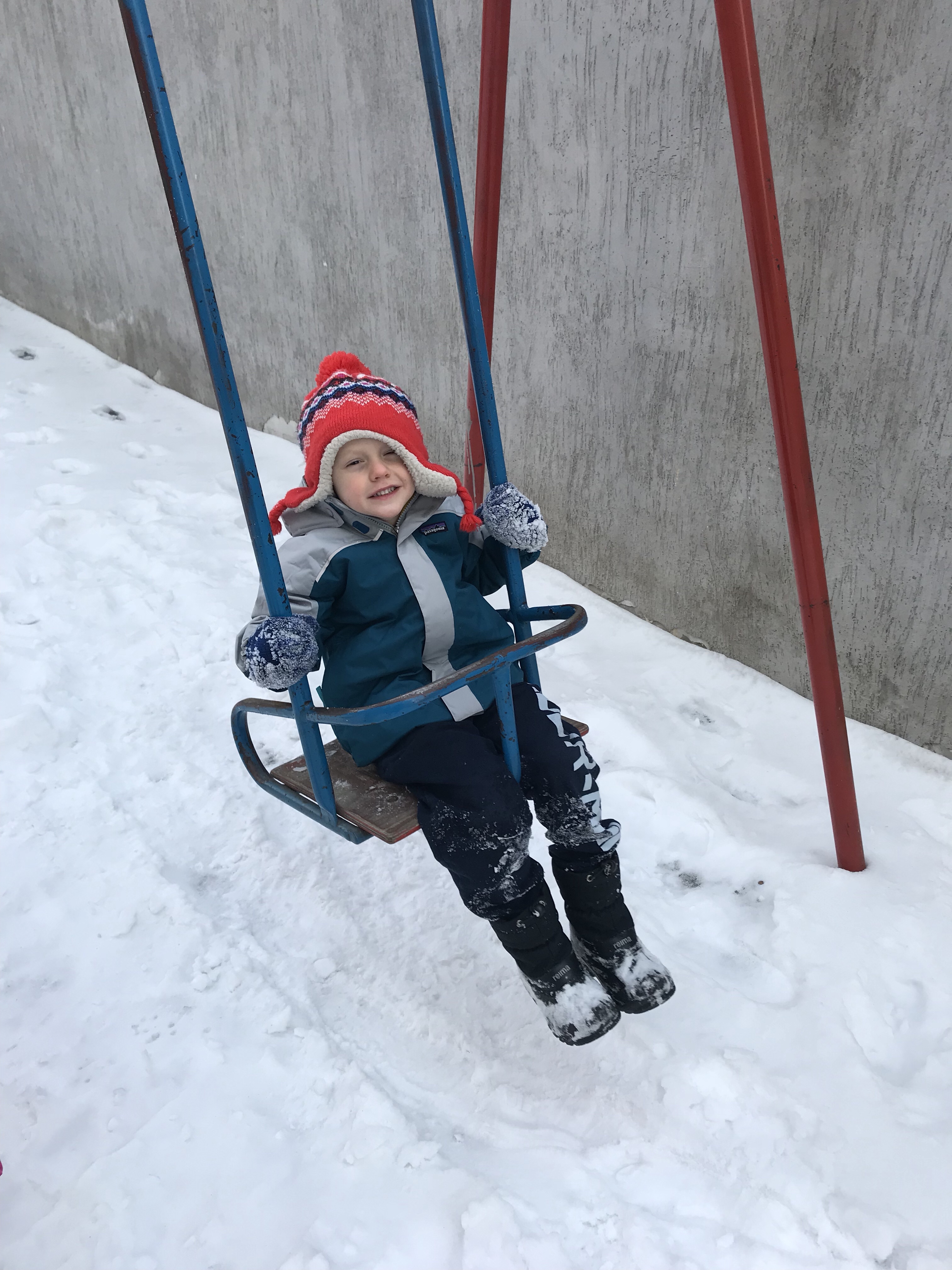 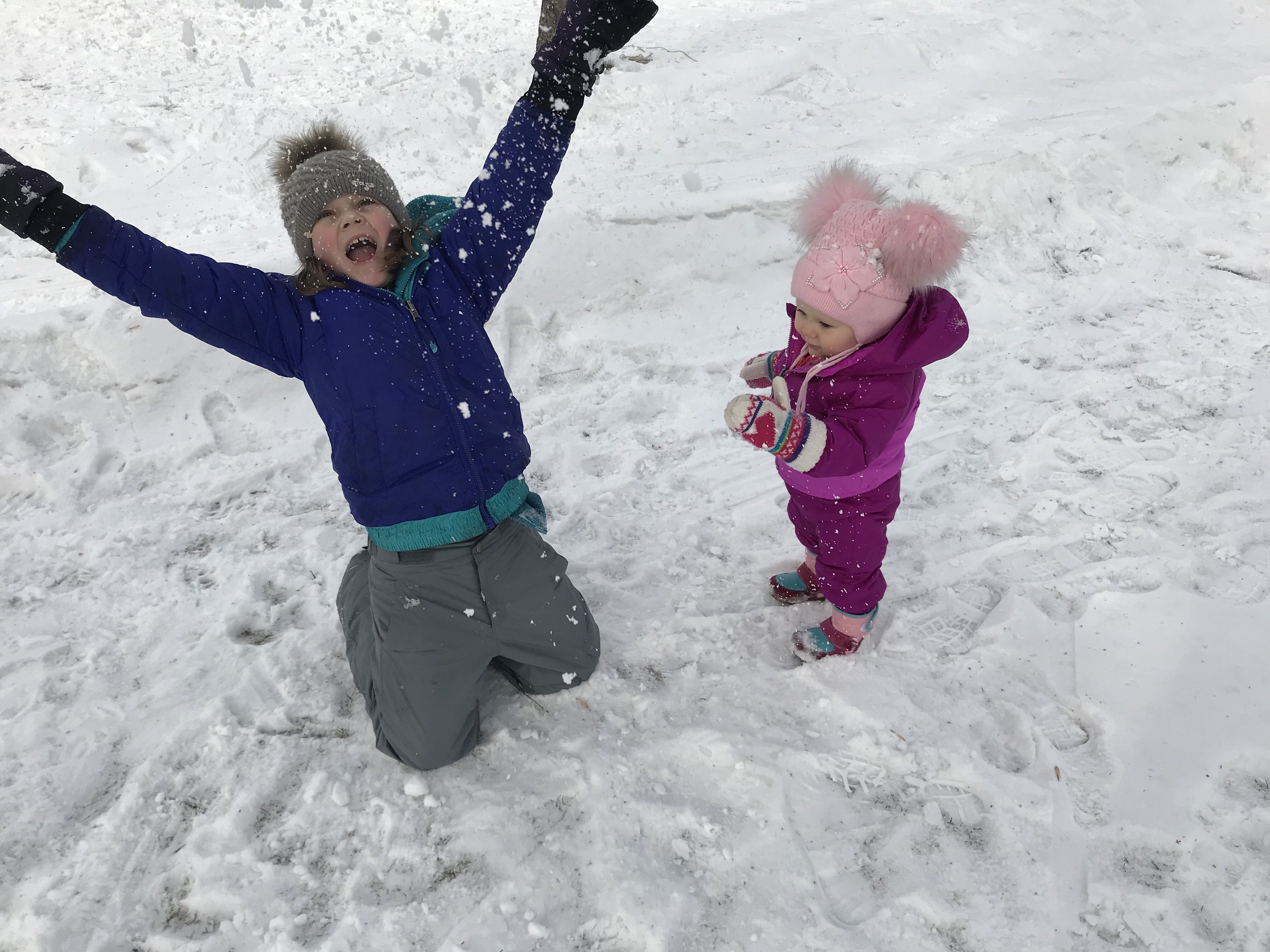 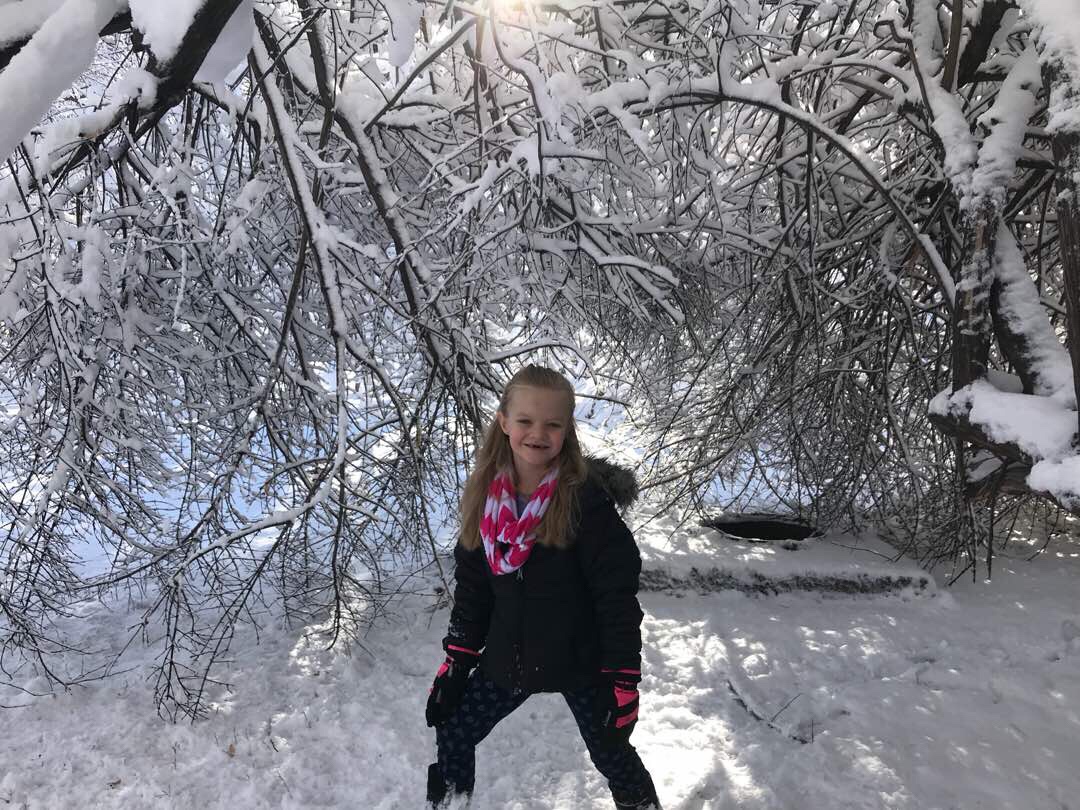 There has been much to learn about how this culture deals with the cold, snowy winters.  First and foremost, hats are a must – and the bigger the better when it comes to the kids!  Hence Lydia and Wesley’s 🙂  But the adults are not off the hook either.  One simply doesn’t leave the house without your head covered, and if you happen to slip up (especially where the children are involved), any random Babushka (grandmother) on the street is likely to give you an earful!  Needless to say, our kids got the hang of it pretty quickly. 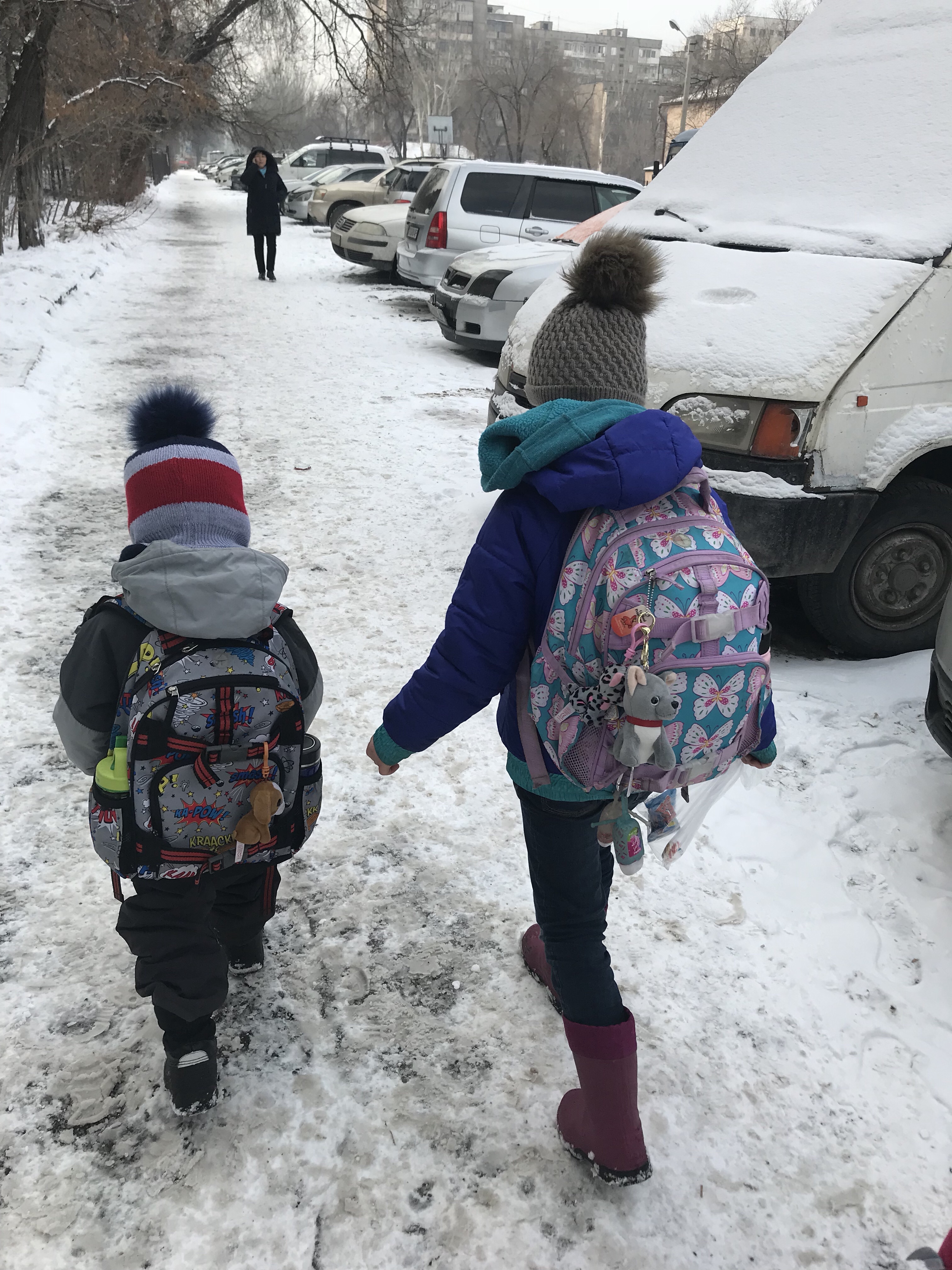 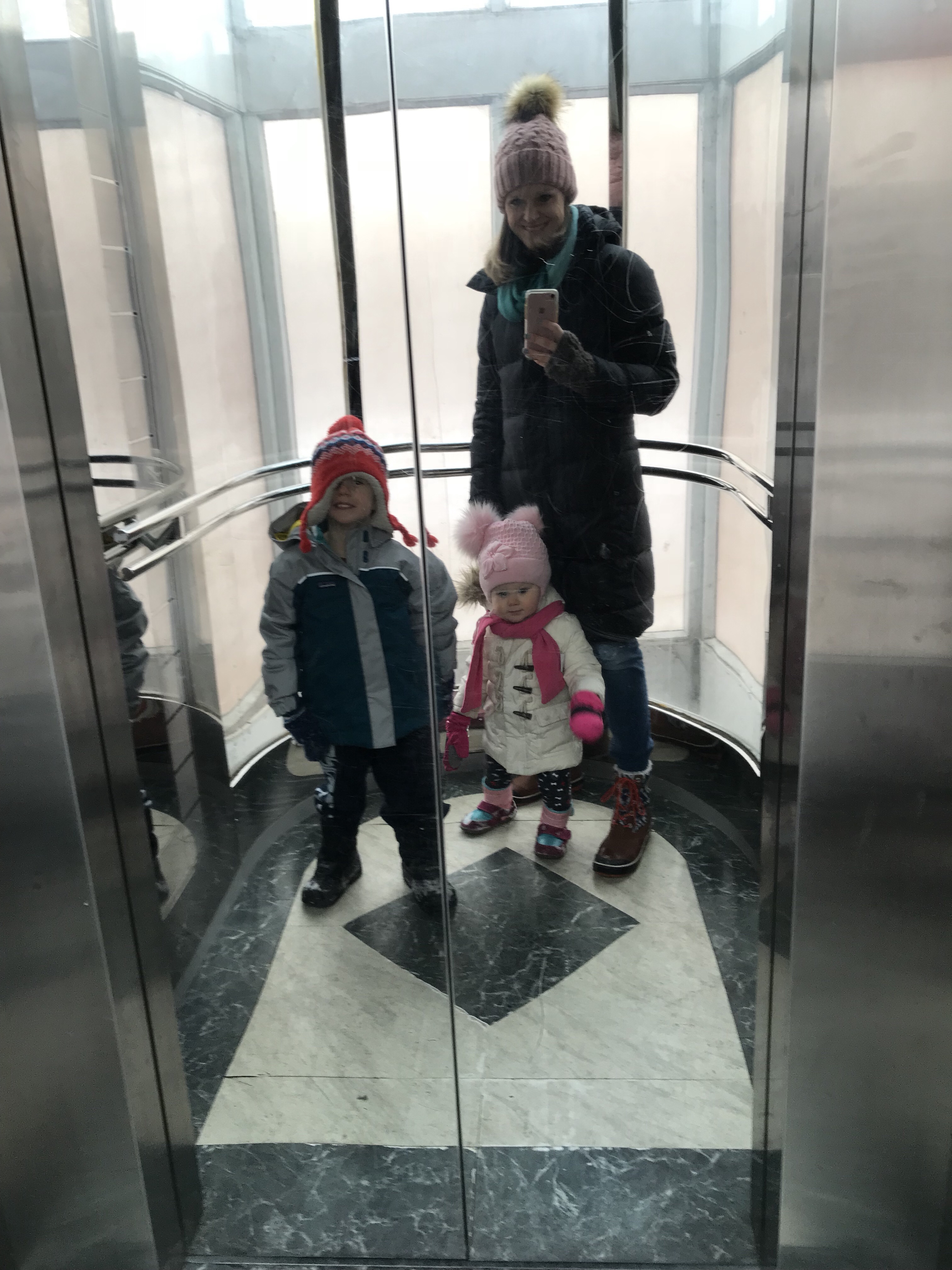 Winter also doesn’t really slow anyone down here.  School continues to roll on (a SHOCK to my poor Southern kids who had regular snow days for the slight dustings we would get at least a time or two each winter), as does work and everything else included in day to day life.  Our kids have learned to get in and out of their snow gear on their own (including double layer coats, snow gloves, snow pants, boots, and of course the hat and hood) as they bundle up each morning for the walk to school.  One of my favorite customs we’ve learned here is that upon arriving at school, they each remove their snow gear and boots and change into slippers, which they all then shuffle around in for the rest of the day.  It seemed cumbersome to me at first, but I quickly realized how wet and sloppy those feet get every single time they step outside, and the classrooms are in much better shape because of it.

They also continue to play outside for recess almost every day, unless the temps drop too low (I’m not sure what their cut-off is, but it’s COLD).  So they bundle up again mid day and head outside with their friends – they absolutely LOVE it!  Even Wesley’s preschool class managed to get all those little ones out most days.  Most classes have a drying rack set up near a radiator to dry all of the pants and gloves so they’re good to go again by the end of the day.  I mean, it’s like these people have done this before or something! 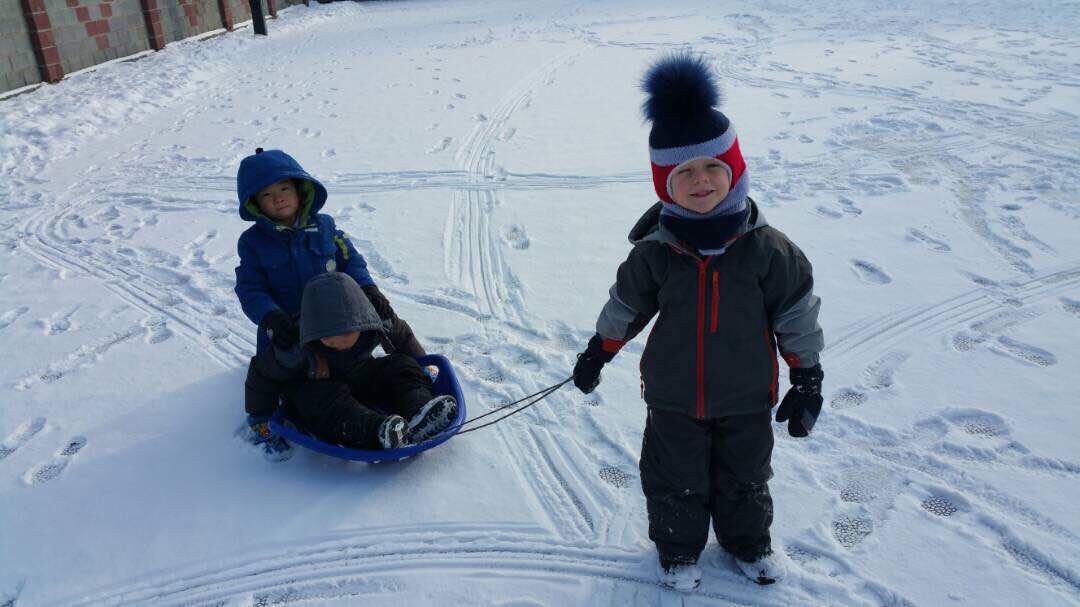 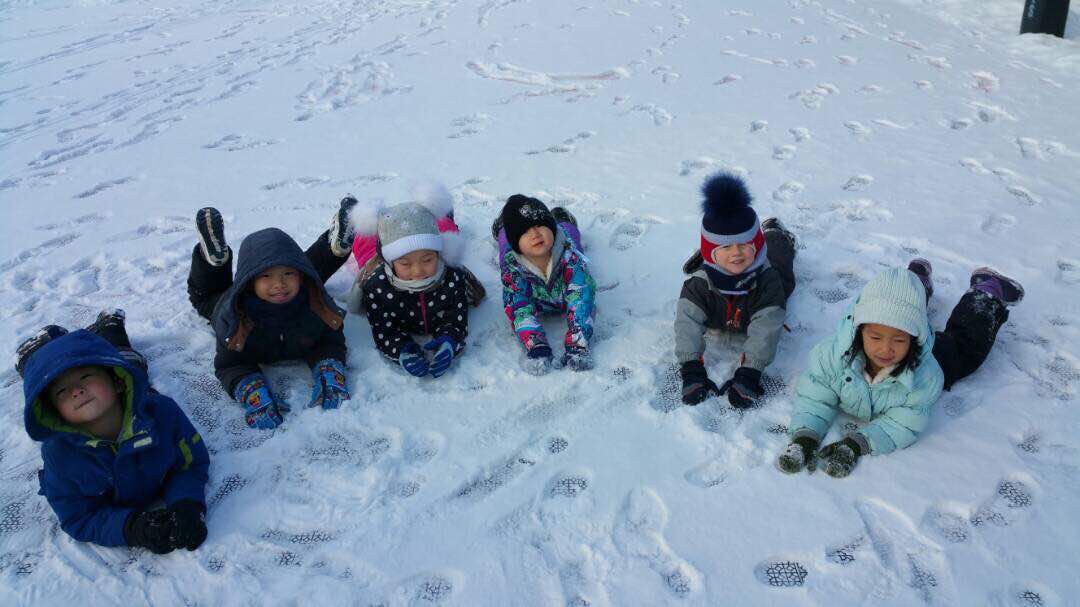 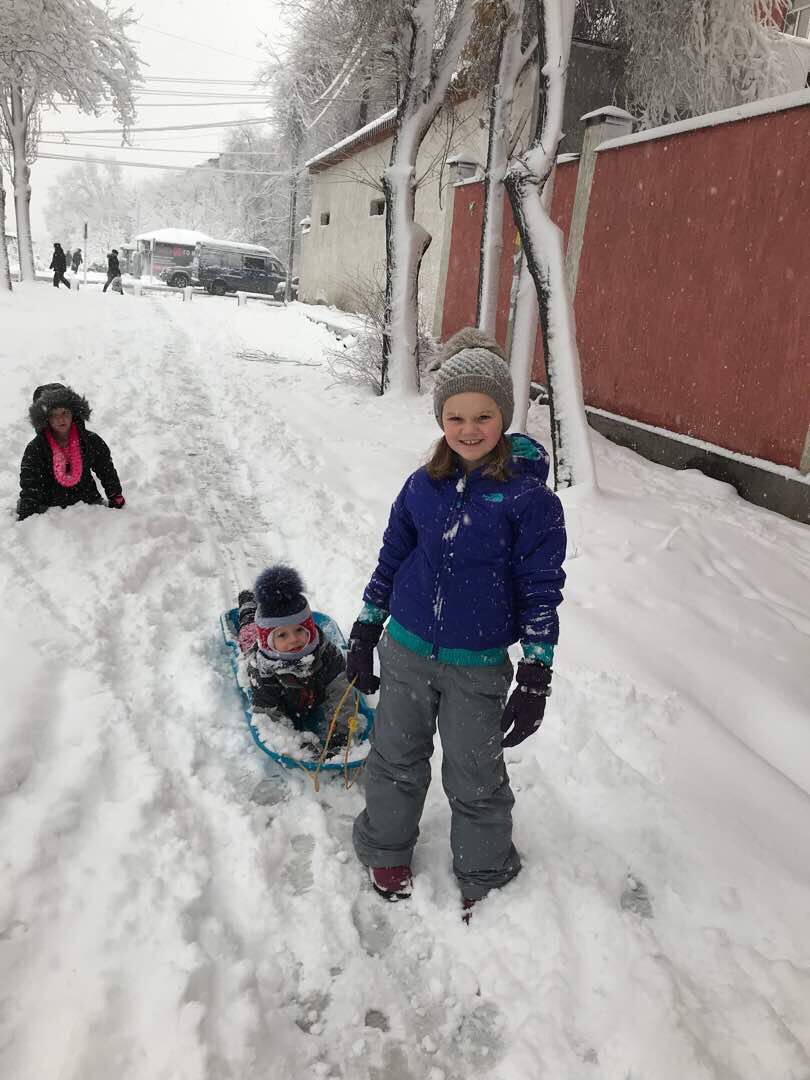 We had one week in particular that brought some brutally cold temps (reminiscent of our college days in Iowa!), and it was unfortunately that same week that the city-wide heating system went down.  And by city-wide, I mean the whole entire city.  It was COLD.  We are very fortunate to have some additional heating in our floors in our apartment, so we were uncomfortable but never downright freezing like some folks.  The kids ended up having 4 days off school that week since the temps inside the school building were too low!  But Dan and I continued to have language, even though that building was frigid.  I snapped these pics on one of the coldest days, our teacher wrapped up in a blanket while she did an impromptu lesson on weather.  Not pictured:  me in my long-johns, jeans, extra layer of wool socks, long sleeve shirt, warmest sweater I own, knee-length down coat zipped up with scarf, hat and gloves ON.  I was not even messing around. 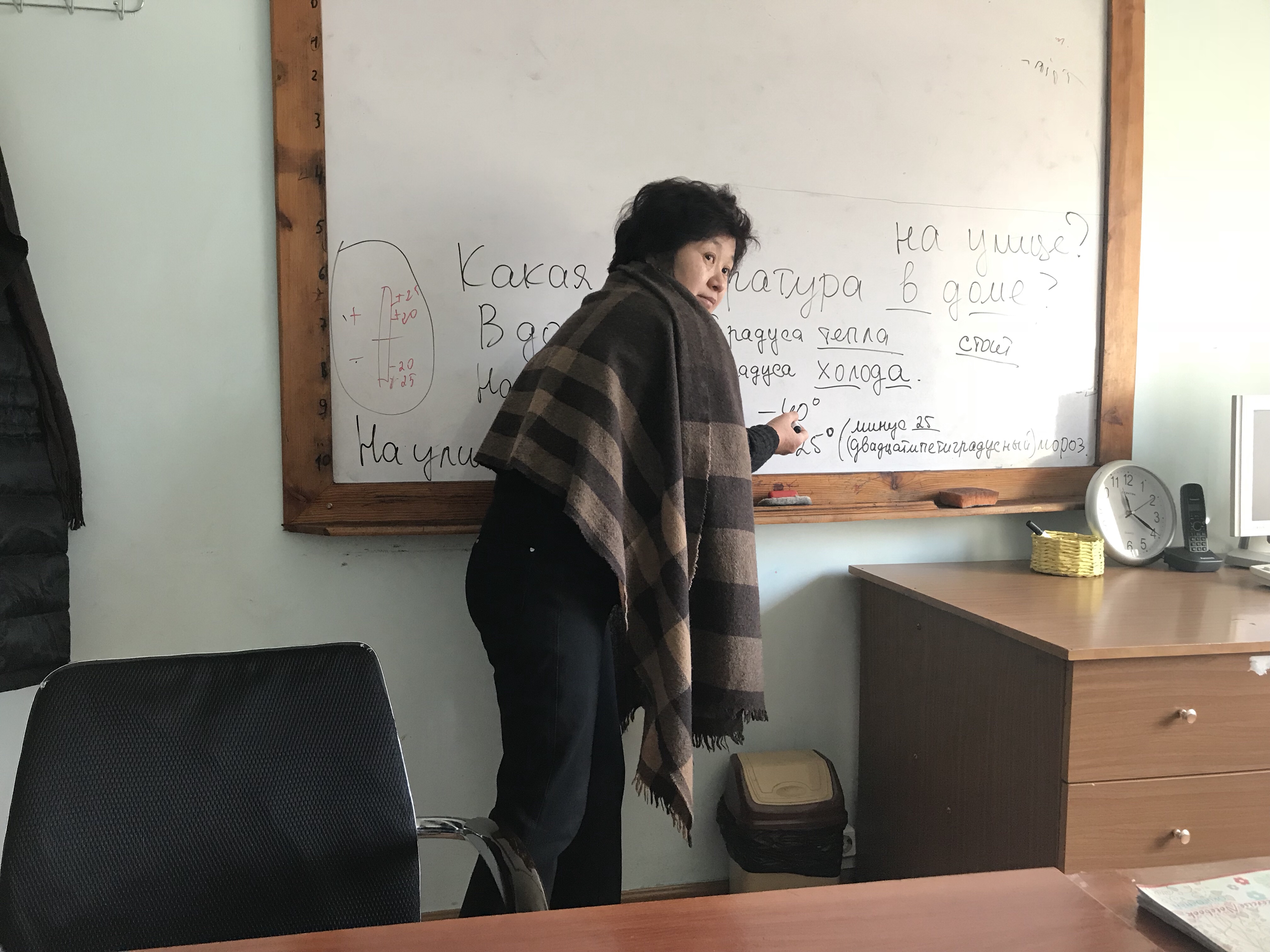 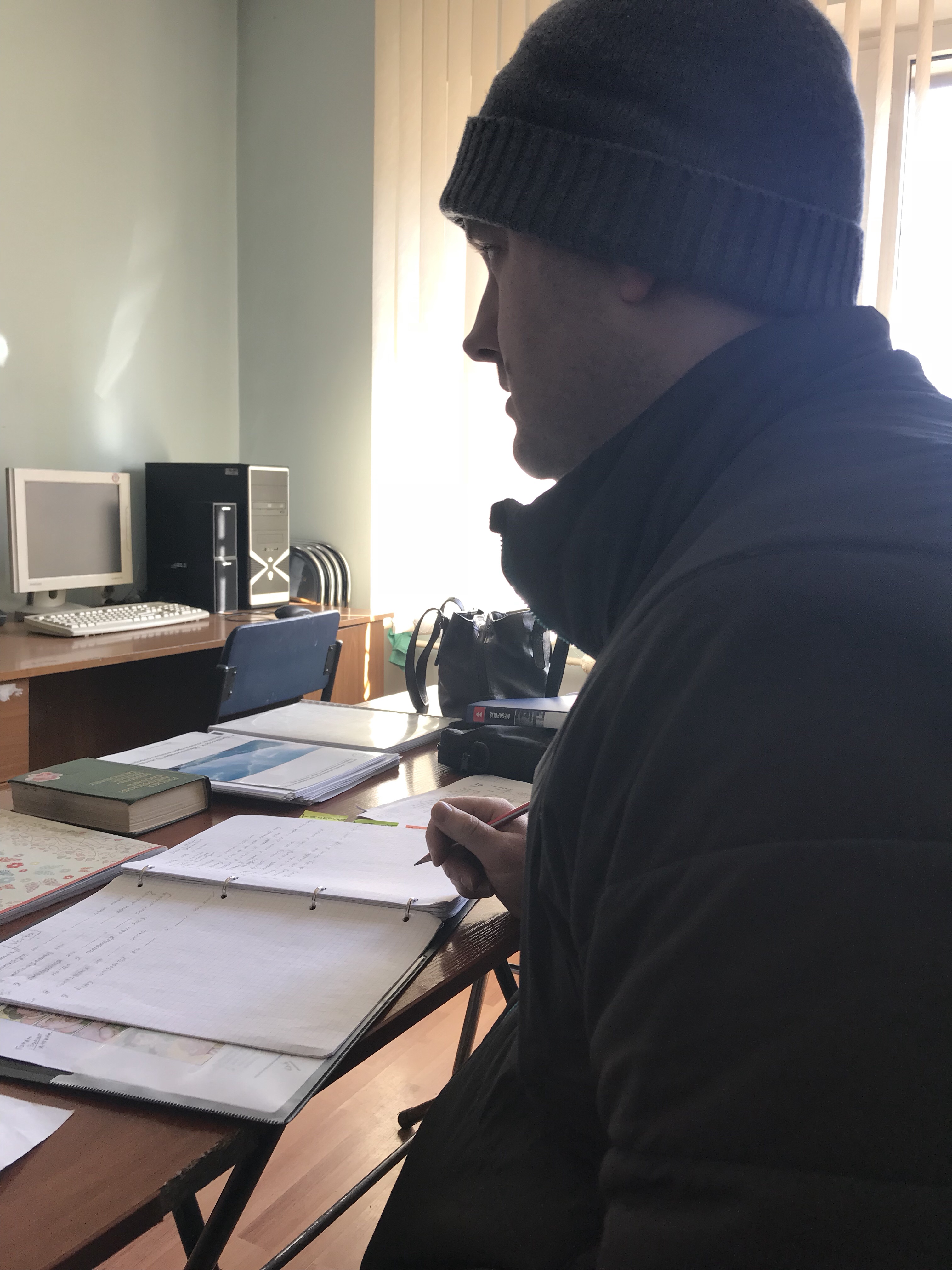 The kids had some fun with book week at their school and were able to dress up for a parade of characters one day.  Wesley’s class did a little presentation of the book “Polar Bear, Polar Bear, What do you see?” in which he played the outstanding role of the lion 🙂  Caroline’s class dressed up as characters from C.S. Lewis’s “The Lion, the Witch, and the Wardrobe” which was fortunate for Caroline as it is one of her favorites.  She dressed up as Lucy.  And Ellie’s class did a bit of a play, for which she was the narrator and read the whole story!  We are very proud of our newest little reader.  While she didn’t actually need a costume for her role, she decided to go in her little house on the prairie dress anyway.  I thought it was a nice touch. 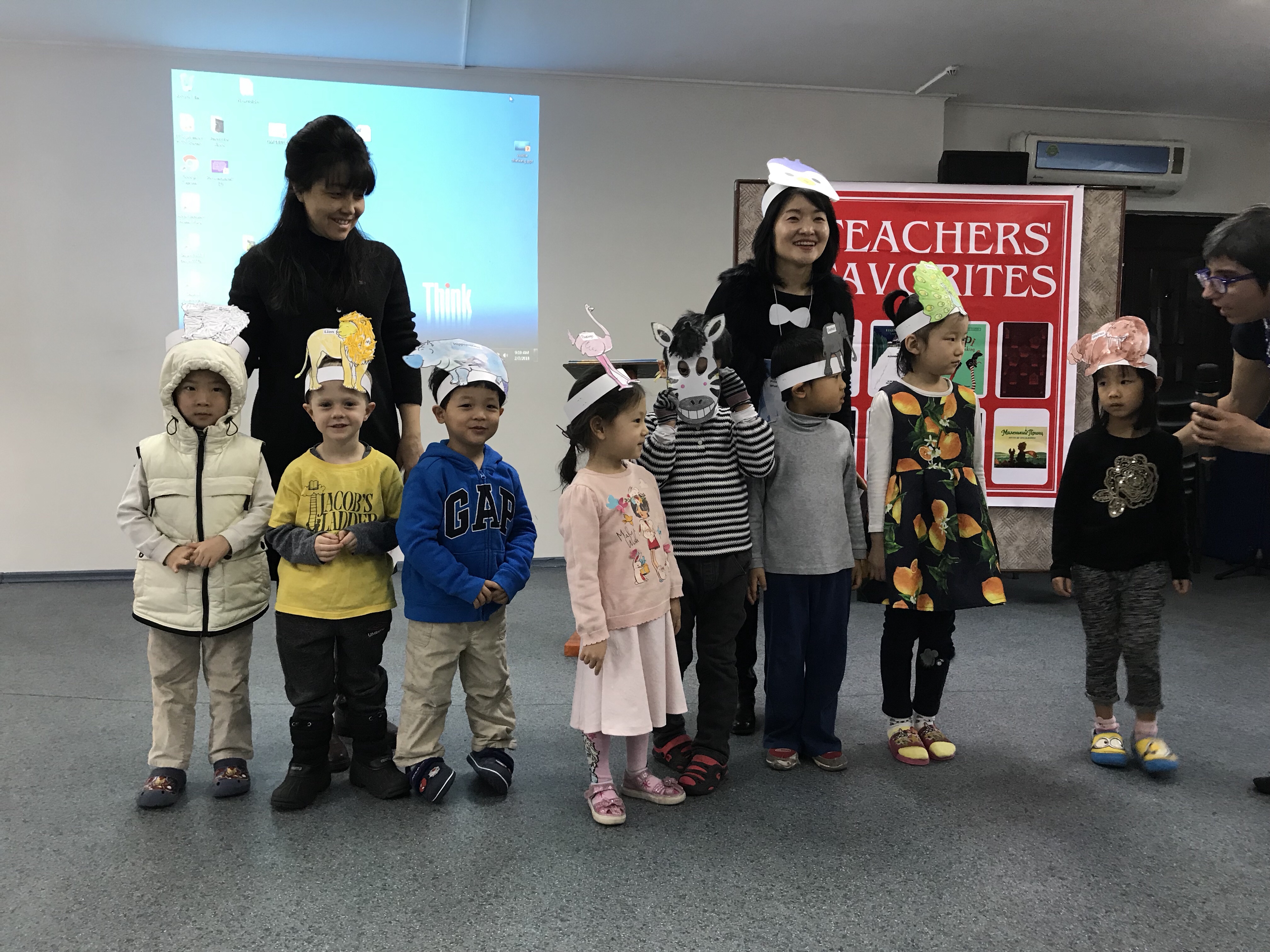 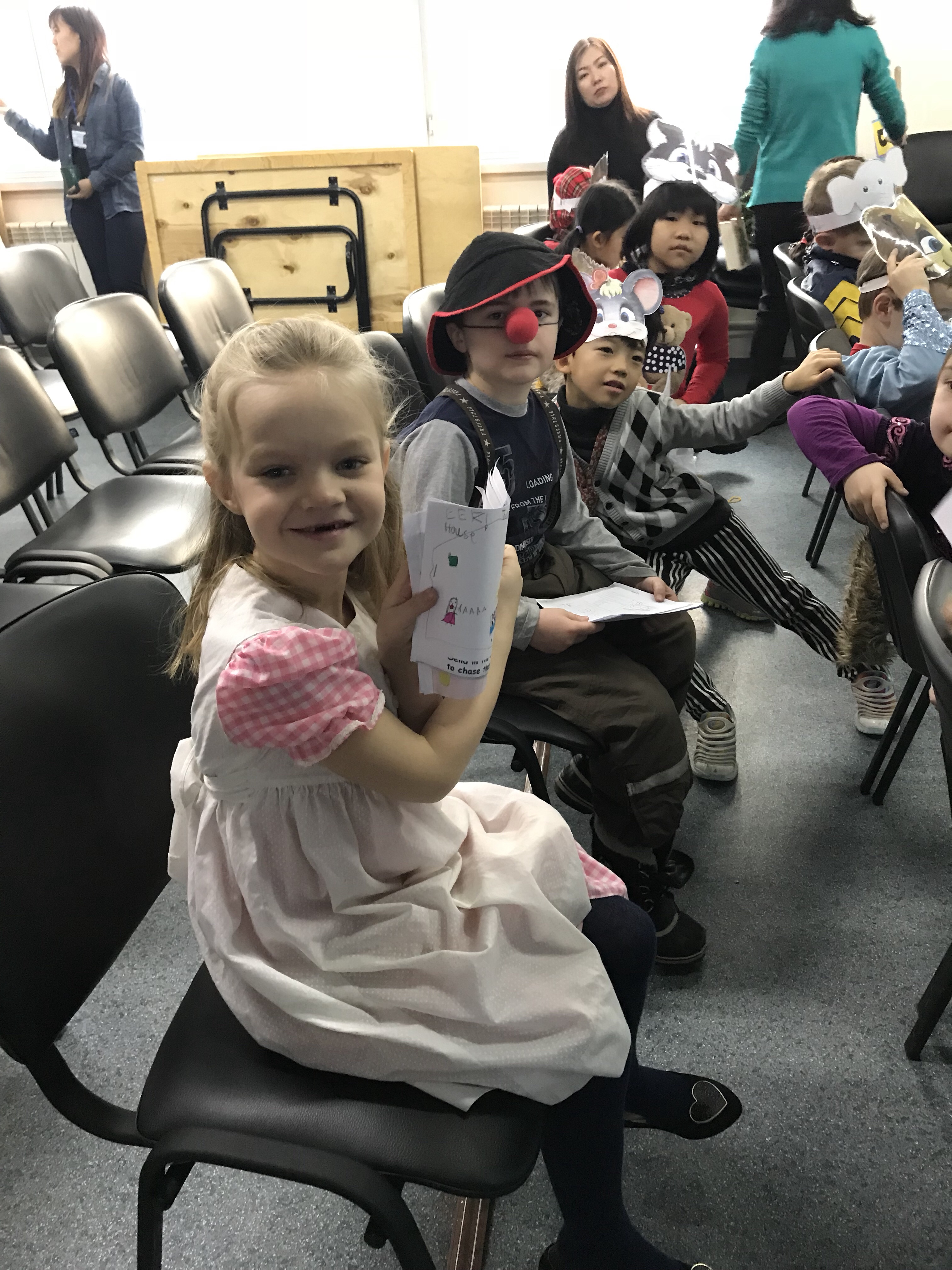 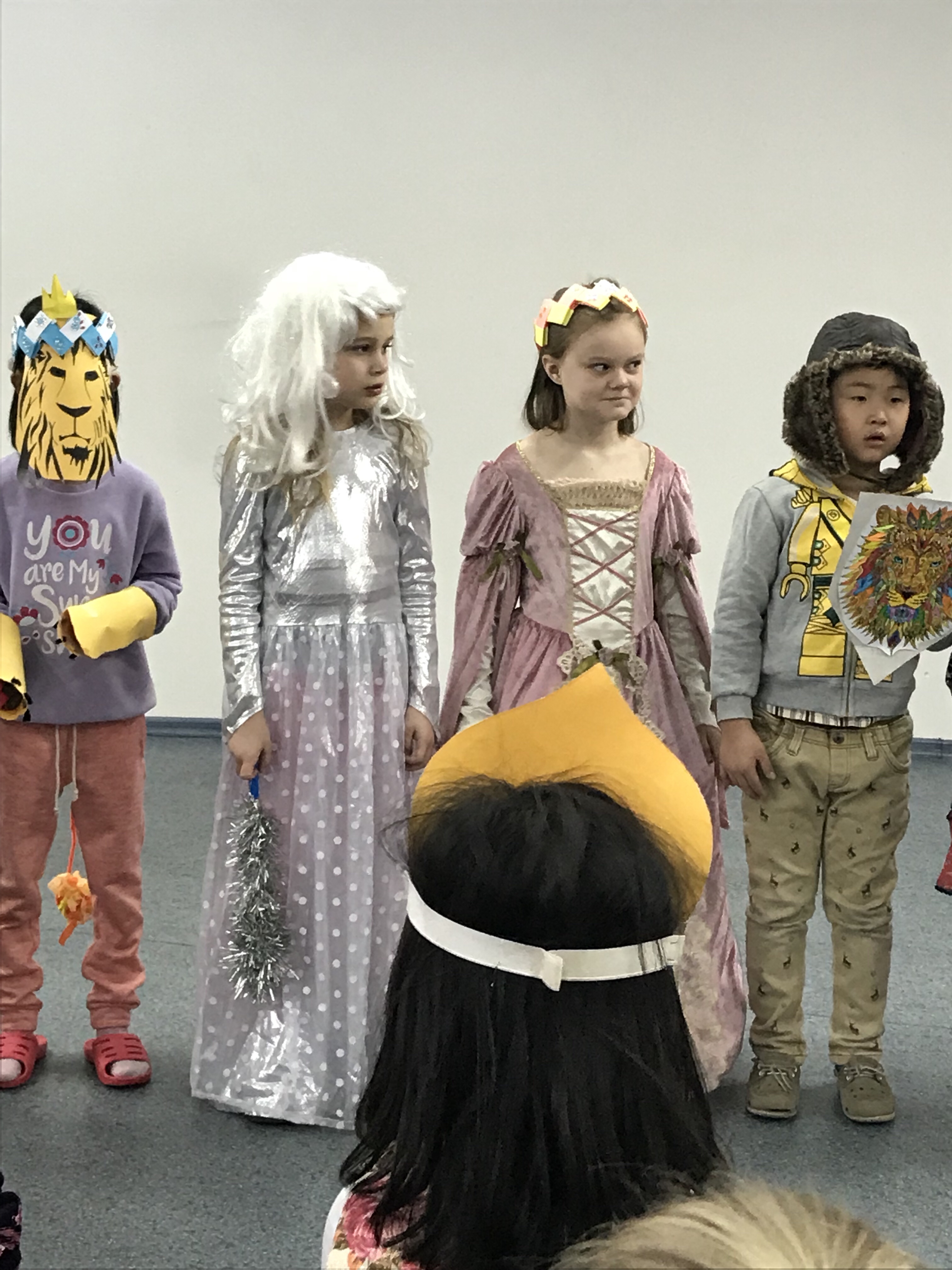 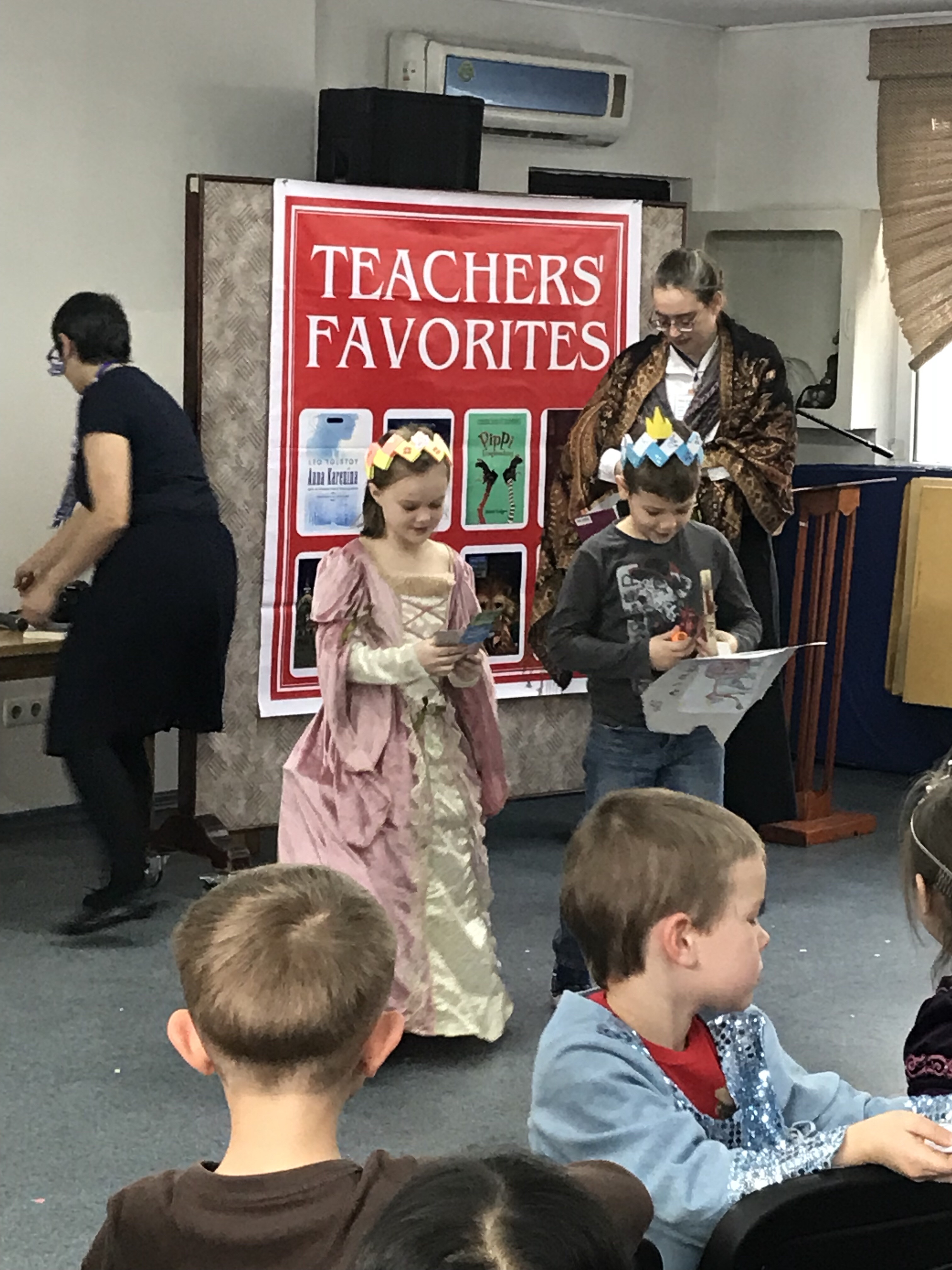 We also were invited to our first local birthday party, which was an exciting foray into the culture, and more importantly, a huge blessing to make some new friends.  The kids practiced their Russian when they made some birthday cards, and we were so proud of the way they just jumped right in and played with the other kids (definitely some great language practice!).  And check out those candles!! 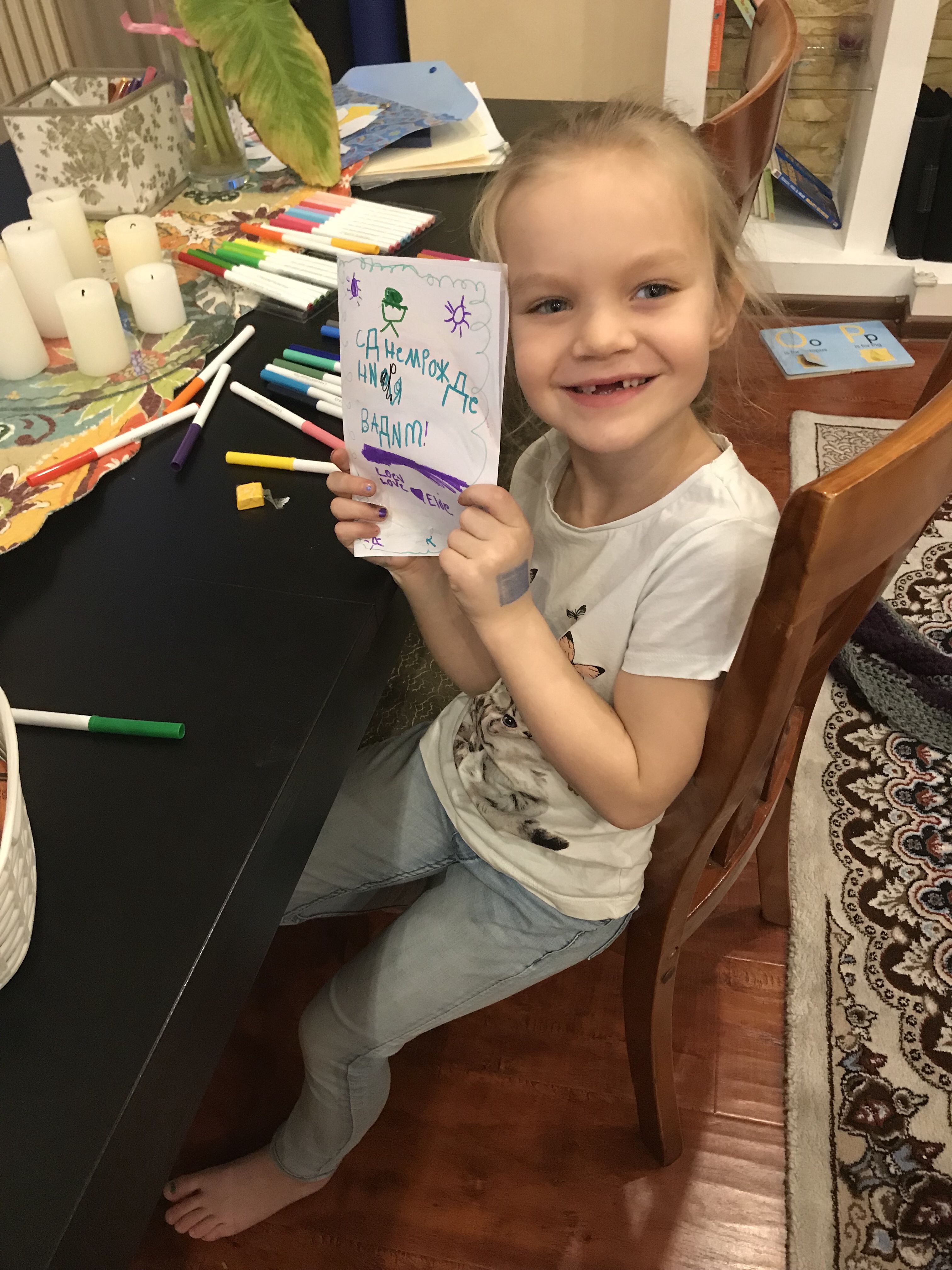 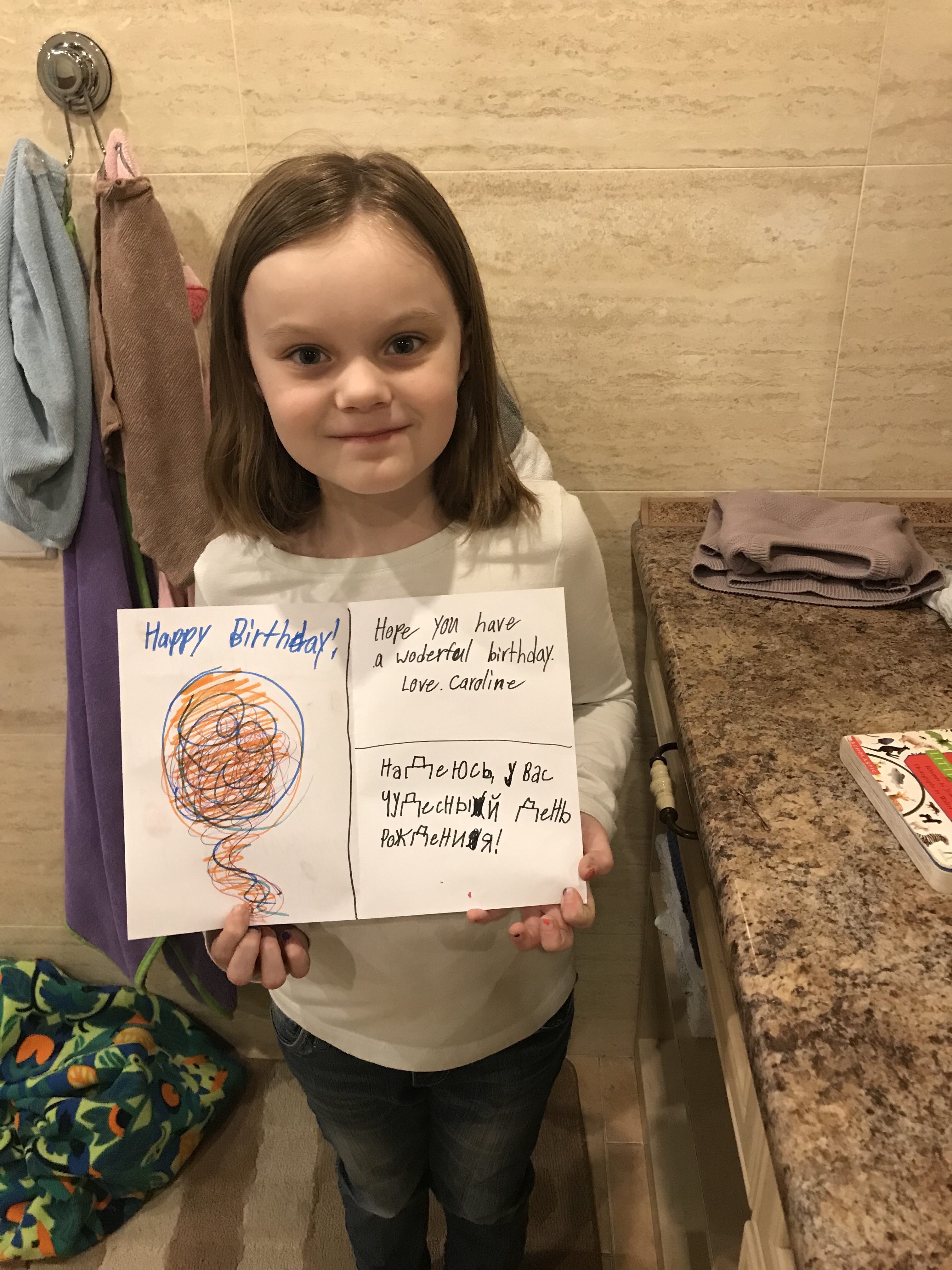 As I finish writing this, the sun is shining and the snow has melted to reveal an unthawed ground that we haven’t seen in months.  We are hopeful that Spring is on its way, though the sunny appearance is a bit deceiving as temperatures are still quite chilly!  I have recently seen lots of pictures pop up on Facebook & Instagram revealing a Tennessee spring in full bloom, and I can’t help but be a little homesick every time I scroll past those bright yellow buttercups.  Wherever you are, we hope that winter was kind to you and that spring brings you fresh hope and joy. If you need me, I’ll be busy directing the troops for spring cleaning 🙂 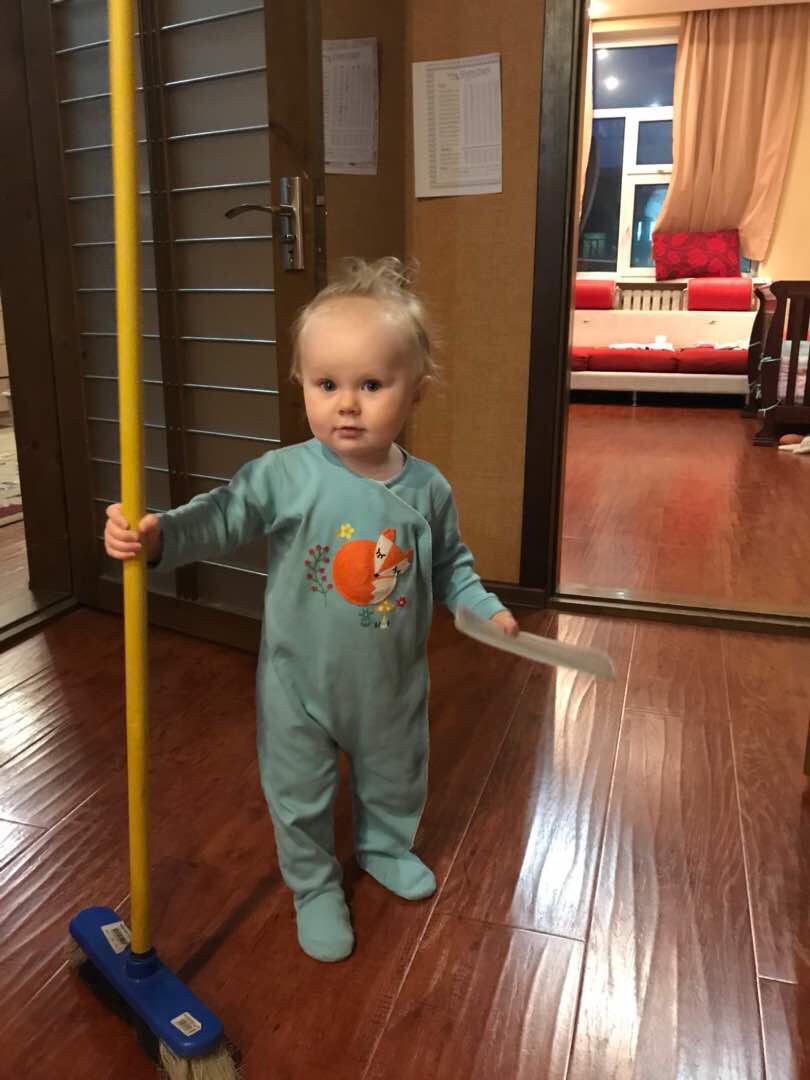 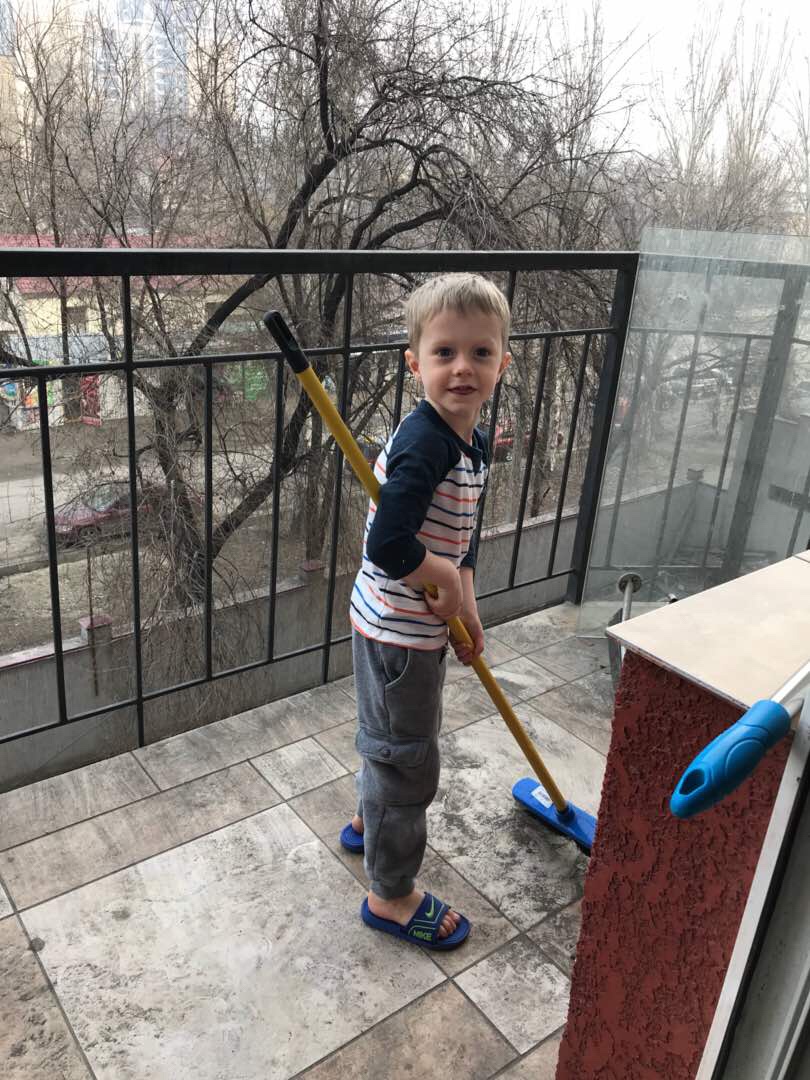